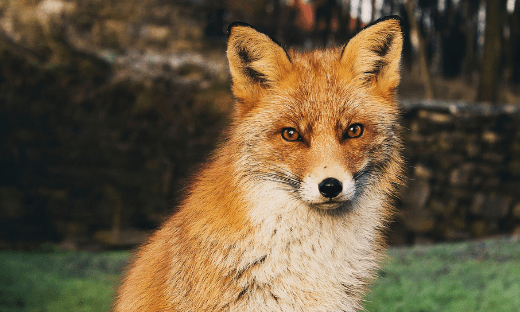 Being a proud owner of a pet Fox is pretty dope we must say. Surprisingly enough, foxes share the traits of cats. But that’s not what you’re here for, are you?  Foxes are known for their keen observing senses and clever moves. These are middle-sized omnivores who hold so much power in their intelligence than a usual animal can. Their diet is made up primarily of invertebrates such as insects, small reptiles, and birds. They may also eat eggs and vegetation. Though foxes don’t make that much of a good pet initially because of their ‘into the unknown’, wild and free nature, if taken care of well, they slowly learn to attain the ‘pet’ traits and learn the basics of household, people or social environment they’re put in.

When domesticated from a very young age, it reasonably becomes easier for foxes to be tamed. Through a few experiments, it’s also surfaced that foxes show similarly to domestic dogs when it comes to temperament. Species like Artic Fox, Corsac, Swift, Ruppell, Fennec are widely known for their ‘Pet’ traits and are best fits for domestication. Most fox owners also found that ‘Grey Foxes’ are calmer and friendlier than most of the species mentioned above. To keep them indoors successfully, they will need a space of their own. Giving them a free access to your home literally implies that you’re going to find dig-up carpetsz jagged image of you’re your favourite living room area because foxes love to mark their territory. Giving them their own distinct space will help you set your very first foundation as an owner and will give you a sense of authority.

Another factor that plays a crucial role in this is, what we’re going to discuss today. Some of you might have already guessed it, YES! WE’RE TALKING ABOUT:- NAMES. Naming your pet is the first ownership boundary that you set by you to your pet. It becomes a 100 times sorted to get them through required training after giving them the name. Names are the first connectors, they show pets a way to connect to you and get attached to their owners, and let’s be honest, connections are all we seek as living beings.

It’s also said that the first 6 months are very important for fox training as a pet. This time span decides how much friendly or accepting your pet is going to be in the long run. We recommend opting for a name that helps in securing a good training aid. Our job is to inform you of all the necessary details you need while choosing a name for your fox because that’s how you’ll head towards the next step of your process. Keeping in mind the importance of laying down a firm foundation before everything, here are reasons why you need a good name for your fox in the first place.

Why do you need a Name?

Names are pretty basic requirements of every pet animal, however, the vast majority of people choose to ignore this. They either don’t bother enough to give their pets a name or they are too mainstream with their ideas that they forget the ‘why’s” behind giving a name and end up skipping the pros of giving the pets a good name. Since we don’t want you to end up in the same place, here is a list of advantages a good name will bring you and your pet.

With that being said, we know you’d like some spiced-up, unique names for your pet. In case you’re wondering if you need to visit another, separate place to get a few, little suggestions, you’ve got it all wrong.

Here are 300 Names for your pet FOX

These were some handpicked, personally recommend names, we tried to include as much as possible in one go but ! But! But! There’s more. In the next list, we’ll include some fiction-inspired names, that will strengthen the chances of you not exiting disappointed from our site. Beforehand, let’s dive into another very commonly raised query, let’s jump in ‘Hows’. Now that you have read the importance of ‘Giving your pet a name, let’s dig a little deeper! In the next few lines, we’ll give you a short manual of things to keep in mind while naming your pet and how you can help them pick their names more efficiently and effectively.

How do you name your Pet Better?

Without further a do, let’s dive into it.

A name that is chosen wisely is always a great name. By precise here, we mean that you shouldn’t just go for random names, or even with a name that seems to be far too out of vocabulary for yourselves. It should be a blend of ‘not so common’ yet not so complicated names. Choose wisely and accurately. Keeping in mind if your pet will easily grasp on the name or not, you’ll get a fair expected chance of choosing the right one. Don’t over haste things for your pet but at the same, don’t feel like you haven’t got any ‘OPTIONS’, just make sure that you’re maintaining the “fine balance” in between.

Get to know your pet

If you don’t want to rush things off and you are the kind of people who love to get it done in their own sweet time. This is the point you shouldn’t skip, it’s actually designed just for you. Get to know your pet, you don’t have to speed up the process and jump on ‘Naming’ them as soon as you get them. Take a week, sit with them, learn about their personal traits if you can and then you can give them their identity, taking it slow isn’t always a bad idea anyway!

Through a ‘name’ ceremony party, bring a cake for your pet, or maybe some cookies? Or candies would do great as well. Whatever environment you choose to make for your pet is what they’ll grasp on and take with them forever. So don’t just sit there, thinking in your mind what name you’ve decided. Show up for it!

Show them that you care enough for them to stretch and the lines and strengthen the bond.

Most mistakes people make after choosing the right fit is to call their pet in an experimental manner. Let’s say, you just bought a fox for yourself, and you name it Alex, you won’t go around doing your chores just calling your pet for no reasons, but that doesn’t mean you won’t call him once in a day. That’s where reciprocation comes in play, making your pet learn a thing comes with all the dedication. The reason why you need to put certainly more efforts than your pet in it’s initial stages is because that is what mould them to reciprocate and revert back to your command.

Your comfort level Is what would set the vibe here, choosing a name that is way too out of vocabulary that you usually use might prove to be a little hasty, instead choose a name that matches your requirements with a touch of ease. Trust us, this will only make you feel more enthusiastic to call upon your little rescuer and on the other hand, will speed up the learning process of yourself. Now, who doesn’t want a cake and EAT IT TOO?

Another common mistake new pet owners make is ‘Thinking they owned the pet the moment they completed purchase”, remember, it’s what you’ve done for economic purposes, you still have to learn to be comprehensive with your pet so that they can later on count upon you. If it’s been a while since you’re trying to make your pet learn this new ‘sound’ and he’s still not grasping on it, it might be the time to explore a little few options and taking in consideration other cool names out there. This comprehensive nature will be much appreciated by your pet because they are wild animals and nothing eases them as much as you being able to come to the terms with them. On the top of all, it really enables you to learn about your pet behavioural patterns and how easy they can pick up on new things. Ultimately it will be prove to a great lesson for you on this journey and that’s exactly what we want, isn’t it?

Those we’re a few little tips, which might prove to be helpful while you embark upon this totally amazing pathway.

Coming back to what we committed, previously, here’s a list of fiction-inspired names.

61 Fictional Names for your pet Fox

End of the list for the day, but hey! We’ll come up with more interesting stuff right here. First things first, our priorities are always to get you covered from the hindrances you might feel while naming your pet. That’s exactly all that matters here. Second, if you liked the concept we are trying to cater to, don’t forget to be a little loose with the support you bring in, which helps us get just the apt motivation to keep going. In the meantime, we really hope you go through the insights and recommendations we have shared and find something fulfilling in it.